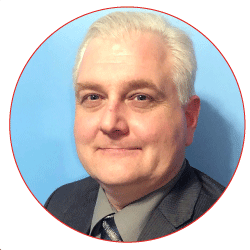 Terence is a Zerobit1 Security Planning Consultant subject matter expert. Terence has over twenty-five years of industry experience in the design, management and deployment of large scale, integrated security systems combined with a solid understanding of evolving IP based security technology.

Terence holds a postgraduate diploma in Electronics, and is currently working towards achieving his ASIS Physical Security Professional (PSP) designation and upgrading his Microsoft Certifications. Terence possess numerous industry manufacturer certifications in the Access Control and IP Video Surveillance industry combined with being fully versed in a variety of design software platforms including AutoCAD, Visio, Sketchup and Revit.

Terence spent his early career with Intercon Security Limited. When Intercon was purchased by ADT and became ADT Advanced Integration he was one of a select few employees who were designated as critical to the on-going success of ISL and ADT and was tasked with the development of the National Pre-Sales Support team, which he managed for Canada, a role that continued when the company reorganized into Tyco Integrated Security.  Throughout his career he has led the design efforts on some of the largest security systems in Canada. Projects include, but are not limited to, Toronto Hydro, Hydro One Networks, Royal Bank of Canada Retail, Royal Bank of Canada Cash Operations, Shell Canada – Albian Sands, Shell Canada – Scotchford Refinery, Vancouver Skytrain/Canada Line, Rogers Communications, Telus, OpenText – Windsor, Equinix, and Canada Post.

Terence was also responsible for developing and delivering Tyco Integrated technical training on a national level along with the development and implementation of National Product and Installation standards for internal and external use.
Terence’s broad knowledge and experience allows him to look objectively at a set of client requirements and apply the right mix of technology, policy, and manpower to ensure an efficient and effective solution is developed that will satisfy a client’s objectives, both short and long term.

Zerobit1 is a full-service logical and physical security and risk management consulting company that works with organizations across Canada and the U.S. to optimize security controls and programs.  More…